skip to main | skip to sidebar

In these so called "Trying Times", Ignorance is in abundance.

Maybe according to Hindu traditions, we really are in the Age of Kali. Where profound ignorance and astute malign rages and will only increase until the Age has passed and with it much of Humanity.

In much of the World, though I speak in particular of the United States of America, the 'ol Turtle Island.

Governments and Agencies in many forms have steered away from free thinking education and are and have been, mass producing "educated idiots".

One only have to look around at our self deprecating system.

That feeds itself, propaganda "Programming" is everywhere. In our Commercials, in our Cinemas, in our Education systems, in our News centers, even on our Cereal boxes.

This system feeds on our so called "base instincts". Teaching us to 'React' without thinking. To 'Think' by obeying and to 'Obey' without question.

Order is good, it keeps some sensibilities and decreases harm. But when is too much order, too much?

Like a Totalitarian hand squeezing the life and everything out of a country. More and more people blinded by self indulgence and covetousness. Deign to take what they want in lieu of helping.

Yes it is possible many are just delusional or dis-illusioned. And with bad information seek to react like feral animals will. Seek and Destroy!

However, many or some, some who are very rich and or in positions of great power (corporate conglomerates, governments, families of constant and ancient heritage), are feeding the beast, so to speak.

There is an agenda here folks. And it does not include any of us except for us to exterminate each other.

We are not loved by these elitists and we are only seen as animals and fodder for their goals. They themselves have said so, in biographies they wrote, even on live national television.

They especially don't want us to understand that you can't judge history with modern perceptions.
It is like trying to fit the circle into a square hole.

Yes, bad and terrible thing have happened in the past.
Yet if we get rid of all the reminders to avoid such things. As Humans we will inevitably forget. Especially if those in the 'Powers that Be' continue to white wash history.

And the rest of us follow blindly into the Abyss.

We are all being divided so that we cannot, are not able to stand up against even greater threats.

A people divided are a people easily conquered.

There is a lesson in every tragedy, which gives us an opportunity to grow, to learn from it.

Will we? Or will we all continue down this self destructive path that has been hand picked for us!?

I cannot say for truth that I see the whole of the whole, though I do see the meanderings of such.
And on such a point, the Truth is that it is bigger than the whole of us and we have been decieved by our very own for longer than we'd like to admit.

Who can hate one for speaking the truth?
And yet there are many who are so very caught up in vengeful spite of emotional turmoil.

That they seek only to destroy what is different instead of working to understand such differences and bridging the gap.

As ignorance and self glorifying stupidity raise ugly hands again in so many years after the so called fall of Facism and Communism.

We see a group of people, mostly young and easily set to emotionalism.

Who act just like the Fascists of old, claiming superiority over so called zealots. While accusing, shaming and harming, anyone who is not them.

Their actions are not that of those who wish for peace and non-facist ways. Their actions have a purpose that is anethema to a functioning society. To peacekeepers and good Citizens everywhere who prefer to walk amongst there fellow Humans without orchestrated violence and wish also to prevent Totaltarianism.

The fuel for this fire has always been the same people who these so called 'anti-facists' claim to hate. Rich white men and their corporate thuggery.

The alt-left and the alt-right say the same things and do the same things just under different symbols and different names. Claiming always that they are here to protect everyone from calamity while causing the very thing they claim to prevent.

In the end this is both a distraction from real events unfolding above the din and clamour of regular Human cattle. As well as a tool to divide us all so that we cannot unite against the real enemy when the time comes that we must.
Scribed by KenjaNoSekkyoudan at 8/19/2017 12:31:00 PM No comments:

" I think the real obscenity comes from raising our youth to believe that sex is bad and ugly and dirty, and yet it is heroic to go spill guts and blood in the most ghastly manner in the name of humanity."
-Larry Flint

This is not about the approved abusive hyper-sensitized sex industry that sells adults and kids sex through commercials, ads and film.

This is about true gender equality. How the chest of a Woman should be O.K. at all times, not just in certain dictated situations and places.

Puritanical culture and various religious institutions have shamed women for centuries across the World.

All the while allowing Men to do, what are crimes for Woman in most places.

Our current cultural institutions brainwash people to see this as wrong. The only wrong is that there is still in this modern age, backwards notions of control over any of the sexes.

Some are trying to label this as a Feminist movement. If it becomes that, then it is broken, and I hope not.

Feminism is by its original founders a guerrilla warfare against Male society.
In an attempt to replace one sex over the other. That is not gender equality, that is replacing one system of control over another.

This movement is not feminism,  though it is about Females and their natural Rights.

I do not know what it should be called other than what it already is; Gender Equality and Rights for the Female, the Women of the World.

A word on the movement:
http://knowyourmeme.com/memes/freethenipple

Good thoughts on the matter:
http://www.uloop.com/news/view.php/146535/FreeTheNipple-And-Feminism 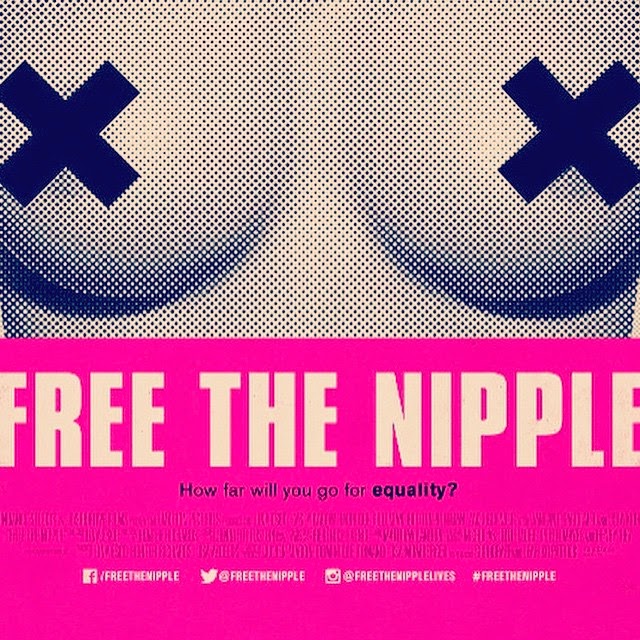 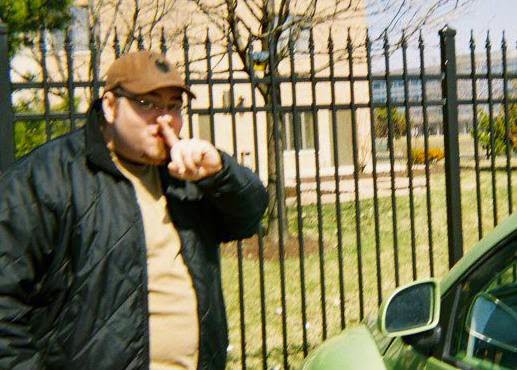 Mike Morris;
A person I considered a Best friend, still do regardless of the circumstances.
Mike was a very helpful person and would go all out in effort toward that end.
He also was a fan of random acts of kindness.
In keeping with that ideology, Mike's family lead by his sister (Andi), decided to honour his memory by participating on his birthday,  the [Free Love $1] event him and his sister started some years back randomly one day (a very admirable act).
So today September 25th, 2014; many people in the United States as well as around the World are participating in his honour.
Speaking to the fact that Mike was very personable and had connections worldwide.
So if you are participating,  or are considering. Congratulations, I am thrilled to know that his memory lives on.
I however am doing things differently this year, regardless of what his Family has stated about the event (that it should be done on his Birthday; I in no uncertain terms mean any disrespect by this).
I cannot speak for Mike, however Having known him and been close personal friends with him. I know he liked to keep people guessing when it came to charity.
Charity is not something to be expected,  maybe not even desired. It is something one freely gives when suffering is seen or you want to uplift someone. It is in effect a physical way to spread positive and good energy to others.
So today,  I celebrate his birthday, him. Who he was and is and what things he left the World for us to consider and act upon.
I am glad many others will be honouring his memory today through FL $1. But I will be celebrating that my friend was born into this World, and that  I chanced meeting him and having him enrich my life so very much!
Thank you Mike for being apart of my life and giving me so very many possible things to look forward to and do.
Without you I would be most definitely less of a person.
This drink if Absente is for you!
Best Regards,
R. William Holzkopf Jr.
P.S.
Tomorrow, will be filled with random acts of kindness.
Scribed by KenjaNoSekkyoudan at 9/25/2014 10:10:00 AM No comments:

The Lord and Emperor 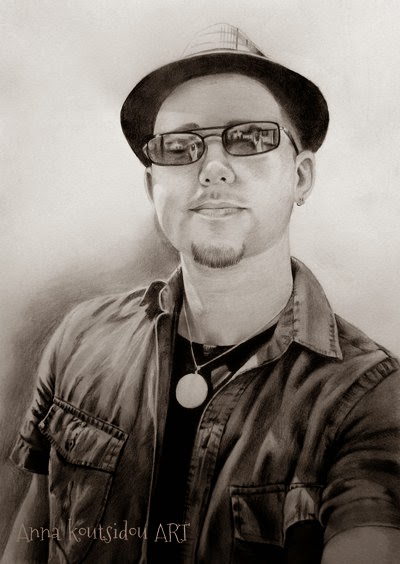 The Trouble I Was In

The Trouble I Plan to Get Into

Scribery of the Lord and Emperor